Peak 5950 is an unnamed peak, which lies north of Pangpema from the Kanchenjunga north base camp. It is the high point of a complex ridge system. The entire system is dwarfed by one of the most magnificent mountain vistas on earth: the north face of Kangchenjunga and its attendant satellite peaks.

An ascent of Peak 5950 starts off from Pangpema and climbs to a high camp at 5500m just below a glacier. High winds are notorious here and tents need to be well anchored. From the high camp we set off across the glacier. Climbing harnesses, crampons, ice axes, and ropes are used to cross any crevasses.

The final ascent to the summit is up a 50-degree slope up either snow or ice depending on weather, to the summit. Fixed lines are used for safety to aid in the ascent and descent.

Although it is hard to call Peak 5950 a summit considering the many peaks surrounding it, altitude sickness is still a very real possibility and a basic knowledge of mountaineering, including crevasse rescue should be known.

In order to safely ascend Peak 5950 trekkers should bring with them the following additional equipment;

Since we had not mention the general itinerary on this page for Kanchenjunga Trek and Peak 5950 ascend, please visit our kanchenjunga trek itinerary and once you reach Pangpema (Kanchenjunga North Base Camp) allocate another four to five days in Pangpema before descending down, cause sometime in worse weather we might need some reserved extra day to scale summit of Peak 5950 and after successful ascend of Peak 5950 descend to Pangpema and follow same itinerary down to lower belt of Kanchenjunga.

Here is collection of some pictures taken during Peak 5950 climbing. 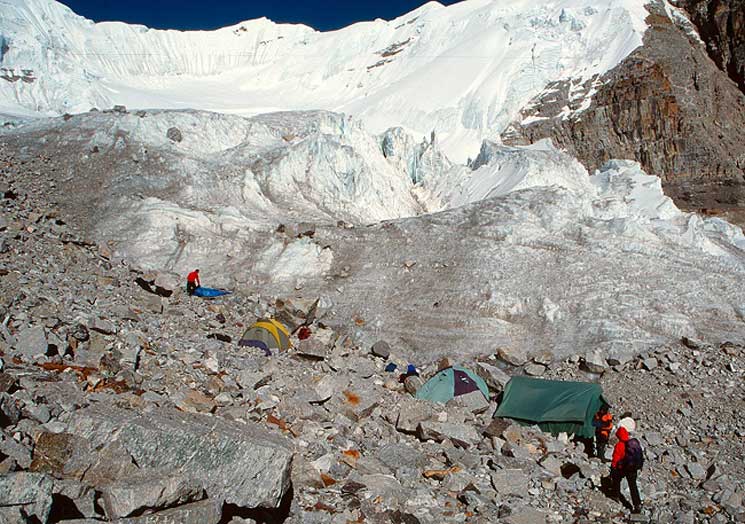 Camp between Pangpema and Peak 5990. The peak is on the upper left 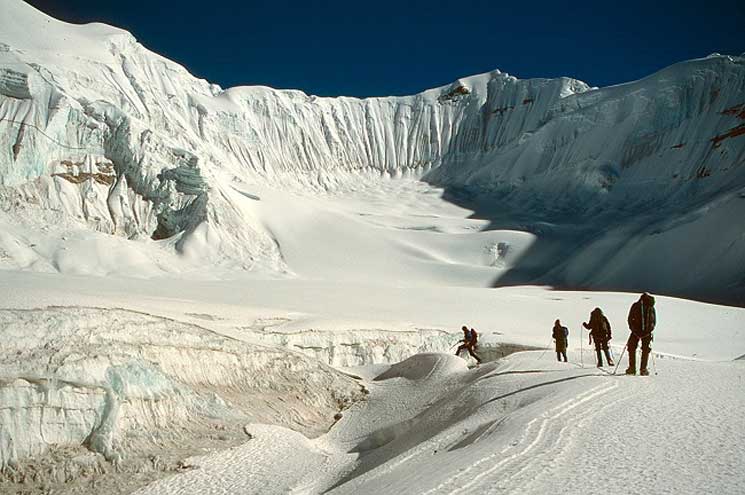 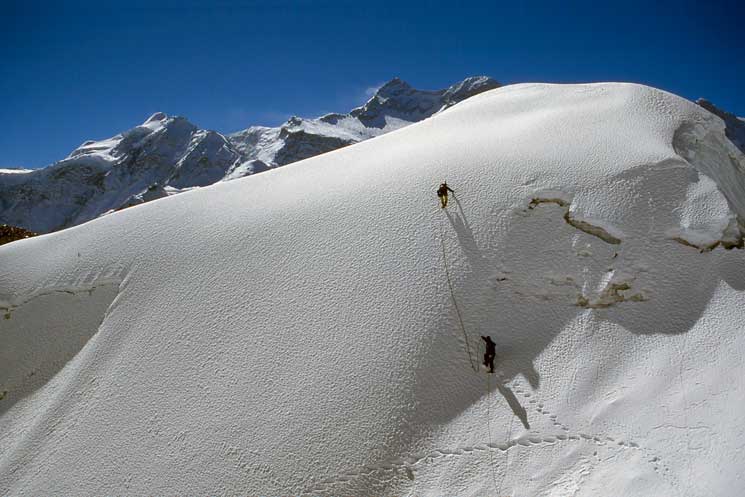 Nearing the summit of Peak 5950 | Kanchenjunga in backdrop

Descending down from the summit of Peak 5950