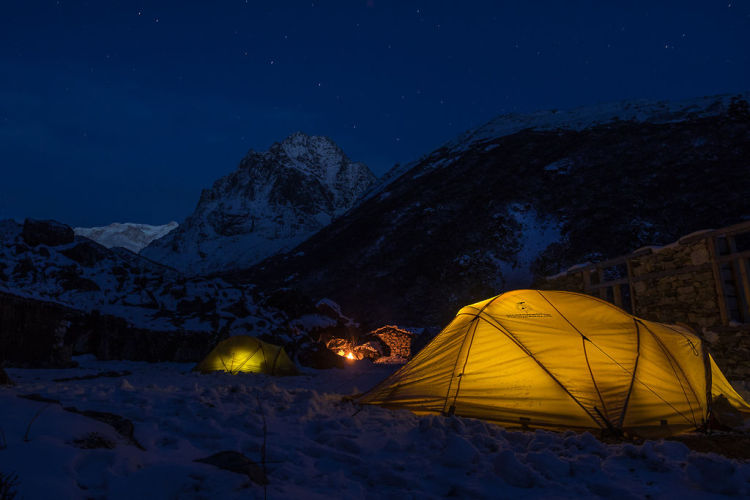 It is another long downhill walk from Tortong to Yamphuding, which almost last around 7 Hr of walking. It is a biggest village on southern section of Kanchenjunga. There are post office, police post and head office of Kanchenjunga National Park along with school on village. Although some portion in between Tortong to Yamphuding are prone to landslide and trail change every year during monsoon it should be stable during season periods like March April and May as well as September October and November. Sherpa, Limbu and Rai mostly inhabit village of Yamphuding. There are good teahouses and lodges on village for overnight. Local from higher section descend down to Yamphuding during winter and off-season time as almost no trekkers trek Kanchenjunga during off-season time. However upon request local are happy to open their lodges at any time periods of years. Tomorrow it will be kind of cultural exploration, as we will pass via village of Mamangkhe where Limbu Museum and Cultural Center are established and people also trek Limbu Cultural Trail on lower section of Kanchenjunga South making a short trip from Taplejung and back from Mamangkhe.