Day 10: Trek from Ghunsa to Kambachen 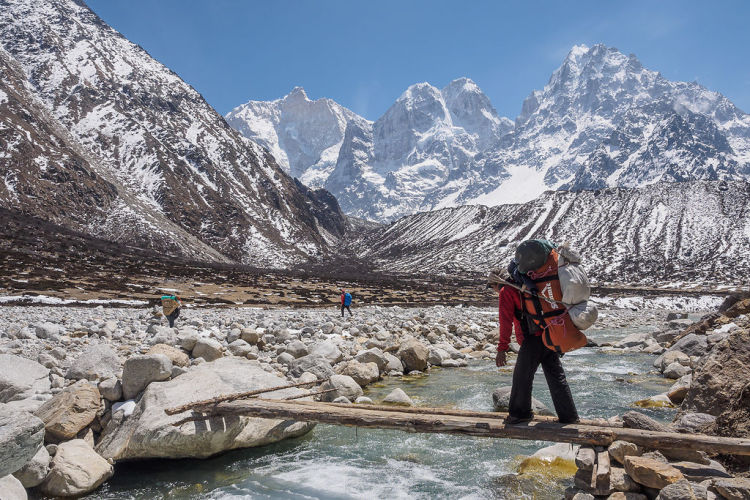 Trail onward from Ghunsa now passes through spectacular terrain with surrounding of snow capped mountain peaks. We follow riverbank toward northern territory. Beautiful meadows with isolated forest of rhododendron and pine along with wildflower are encountered on the trail to Kambachen. There are several sections on trail that are prone to landslide and we need to be careful on those portions. Right after Rampuk Kharka trail pass through waterfall and tricky landslide section. Terrain became more spectacular with northern face of Mt. Jannu after clearing all landslide prone zones. Kambachen, Lhonak and Pangpema are temporary settlements with small stone teahouses serving as shepherd’s settlement during summer or lodges for Kanchenjunga trekkers. We need to compromise with comfort of overnight stay, as chances are high we will be trying to adjust on smoky room almost attached with kitchen. Remaining stuffs for laundry can be carried out in Kambachen, as we will be spending one more night as a part of acclimatization day in Kambachen. At elevation of 4050 m Kambachen appears as a high alpine area with absence of vegetation and forest, as it is accompanied by grassy plain only.